Powered by
Undiscovered Places of Svaneti. Affordable Hikes and Climbs.

This page is the only source for panoramic views of Svaneti mountains.
​For  larger size > right click > open image in new tab.
You may  also save them  (for personal use only).

High peaks of Svaneti. View from the summit of Elbrus 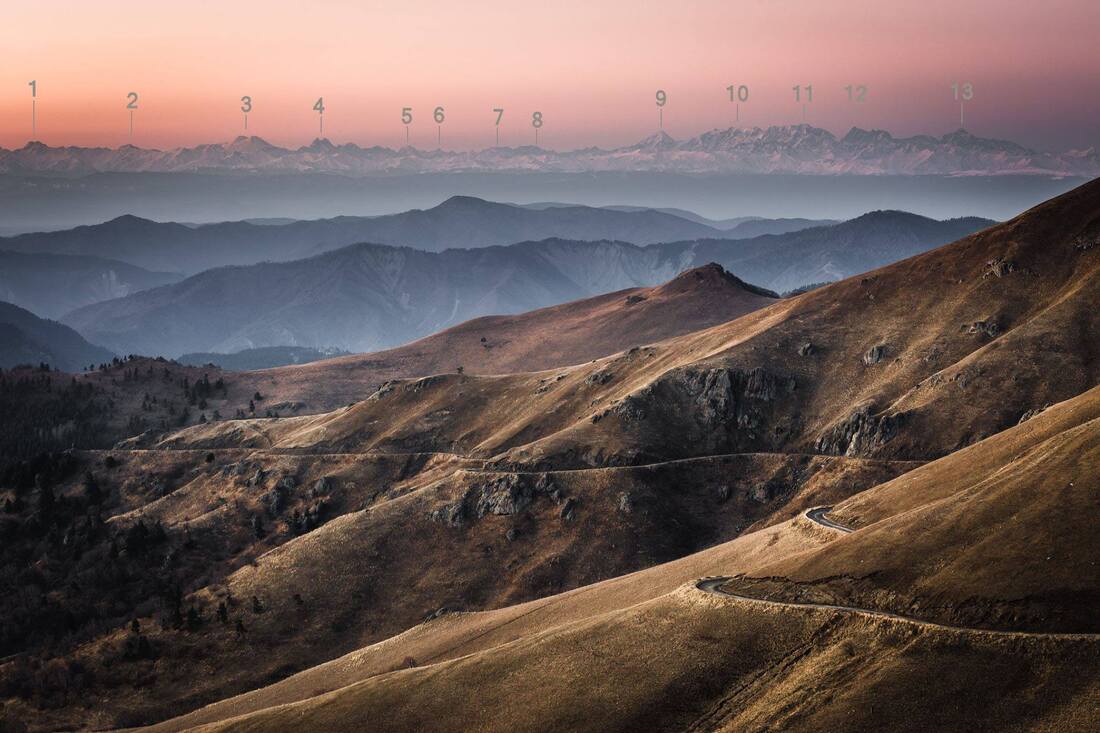 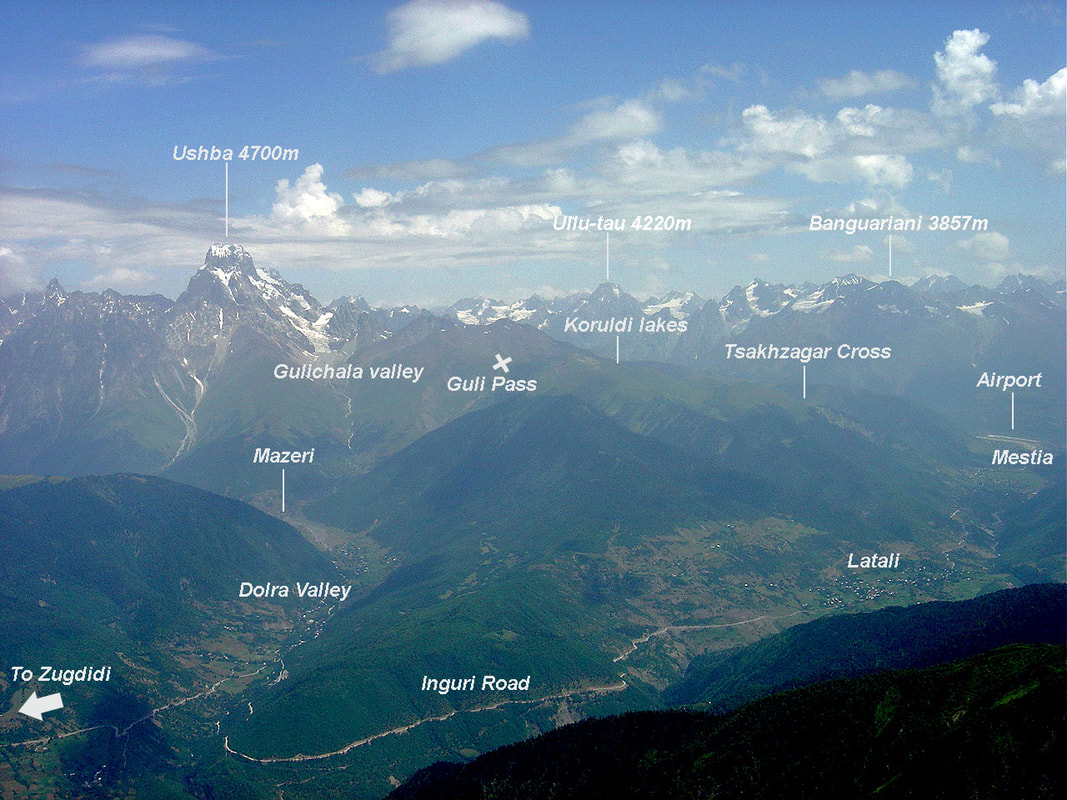 Between Mazeri and Mestia. View from Svaneti Range. 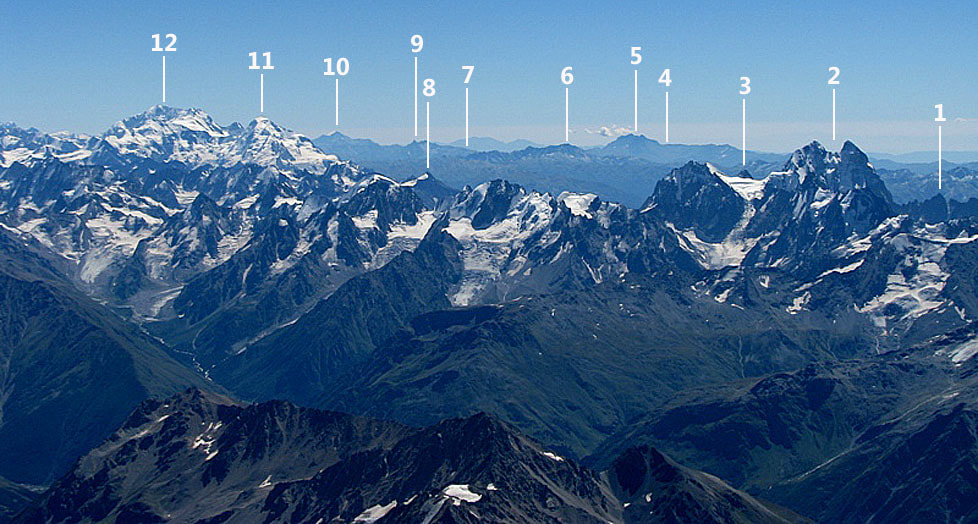 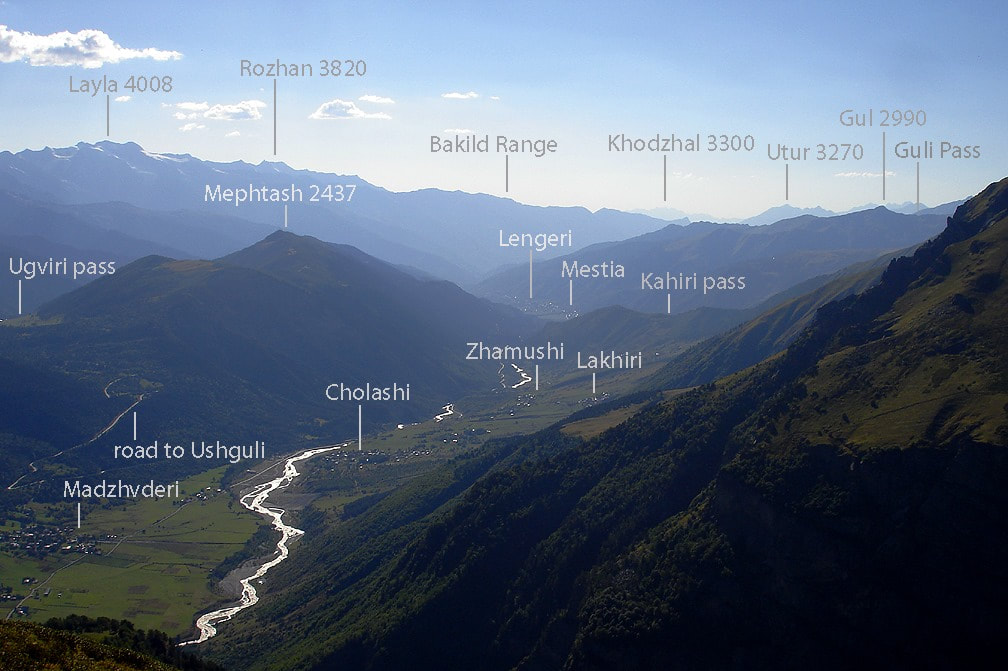 The highest peaks of Svaneti (view from the west) 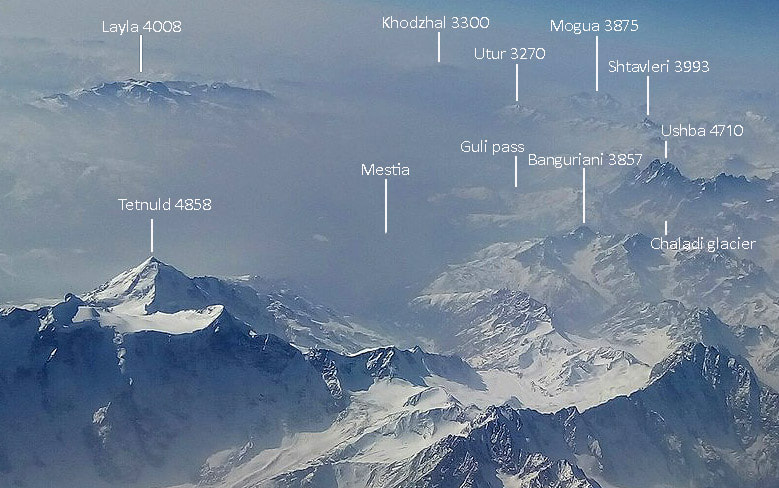 Caucasus in winter as seen from  the plane.    Svaneti is enveloped in  haze. 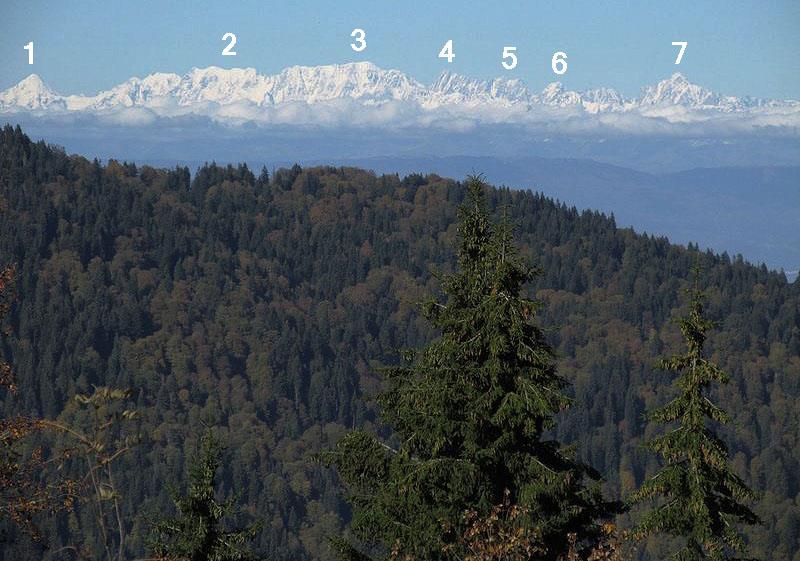 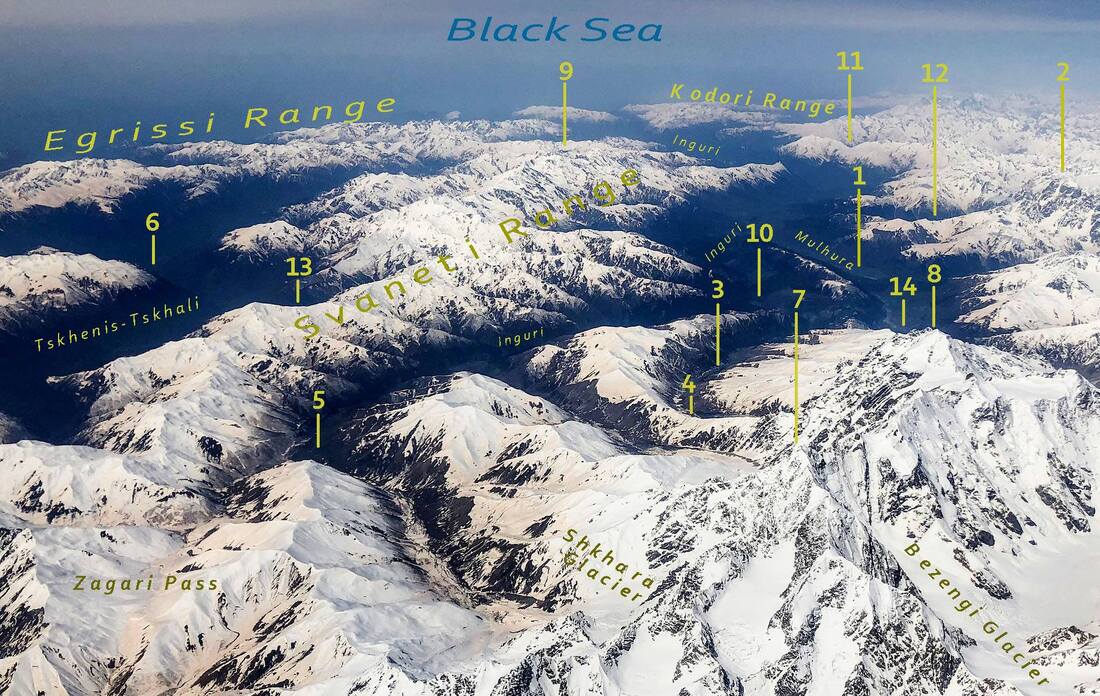 Flying above the Main Caucasus Range  in spring 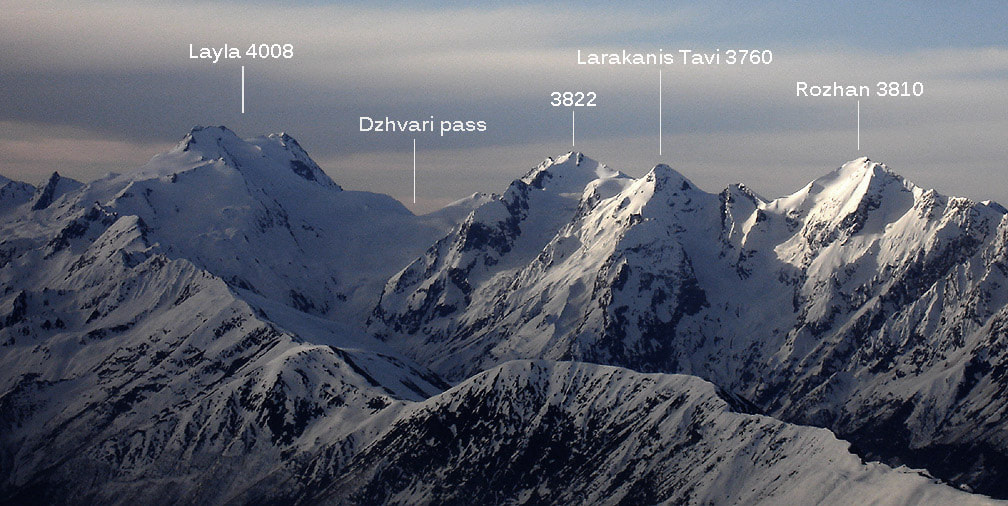 Bakild Range (in the feoreground) and glaciated peaks of Svaneti Range

The western part  of the Central Caucasus  and the Western Caucasus (Dombay is its highest mountain) in the distance. Elbrus and Mogua  (3887m) are between the two.